History at the Barns

The Artscape Wychwood Barns or “The Barns” as they are known, was originally built in 1913 as a streetcar repair facility for the Toronto Civic Railway (TCR).  At the site’s busiest point there were five barns which could house 50 streetcars with spaces for an additional 110 cars in the five acres surrounding the facility. The structure was built with utilitarianism in mind and is considered to be a prime example of the classic revival industrial style. 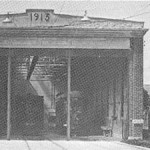 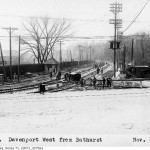 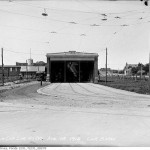 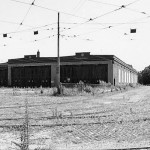 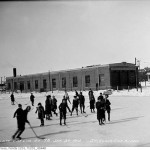 During the 1920s, 30s, and 40s, the Wychwood Barns was one of the most important transit facilities in the city. When the Toronto Transit Commission took over the space in 1954 however, its future was in doubt: the TTC was considering phasing out the use of streetcars. In 1978, the Wychwood Barns were decommissioned. Although used briefly as a testing and development facility, the barns ultimately began to fall into disrepair.

Thanks to the hard work of Councillor Joe Mihevc and a group of dedicated individuals, they saved the Barns and helped turn it into what it is today –  a community cultural hub and multi-faceted complex where a dynamic mix of arts, culture, food security, urban agriculture, environmental and other community activities and initiatives coexist.